What Is a Korean Maltese?

The fact that 24% of pet owners in South Korea have a Maltese dog makes it the most popular breed in the country. This fame has led many to refer to the toy dog breed as Korean Maltese. But what is a Korean Maltese, and is it different from what is simply known as Maltese everywhere else?

A Korean Maltese is a purebred toy dog sharing the same ancestry as the Maltese breed classified by the Federation Cynologique Internationale (FCI) and American Kennel Club (AKC). Thus, a Korean Maltese is a Maltese toy dog bred and groomed in South Korea.

A purebred Korean Maltese is recognized as Maltese per the breed standard followed by the FCI, AKC, kennel clubs, and breeders. But a hybrid Korean Maltese or another breed without a verifiable pedigree will not fulfill the standard and thus be unclassified. Read on to know more.

Is a Korean Maltese Different From Maltese?

A purebred Korean Maltese is not different from Maltese. However, a Korean Maltese may be a tad smaller or larger than the Maltese breed standard of the American Kennel Club. Also, these subtle differences depend on the dog’s pedigree, breeder’s grooming, and other activities.

Like all canine breeds, Maltese dogs must have the nationally and internationally recognized traits and characteristics to be classified as such.

Thus, an adult Korean Maltese should have:

Some purebred Maltese pups may have slight markings on their overcoat. However, these spots fade as the pups grow older, usually by the time they are 2 years of age. The American Kennel Club recognizes black points as the only acceptable standard marking.

A purebred Korean Maltese pup has large and expressive dark eyes with black rims. Plus, they have a rounded black nose, except for the temporary paling noticed in some of these toy dogs during freezing winters.

Also, like the original breed, a healthy Korean Maltese has a lifespan of around 12 to 15 years, sometimes longer.

If a Korean Maltese pup or adult does not have these traits or characteristics per the globally recognized standard for its breed, the toy dog will not be recognized as Maltese by the American Kennel Club or International Canine Federation.

However, a Maltese or Korean Maltese is a purebred toy dog in its modern avatar, i.e., the gorgeous white coat. The ancient Maltese breed was selectively bred and crossbred to ensure that the species thrives with desirable genetics:

Why Does a Korean Maltese Look Slightly Different From a Maltese?

A Korean Maltese may look slightly different from a Maltese due to genetics, inevitably based on the grandparents and parents selected by the breeder. Also, a South Korean breeder often grooms a Maltese pup or adult to give the toy dog a distinct appearance.

Korean Maltese develop a long, silky, flowing overcoat like the Maltese toy dogs bred and groomed in the United States. Thus, many breeders and pet owners consider a plethora of styles while grooming their Maltese. In effect, you will find a few notable differences.

Here’s a video of a few Korean Maltese from Shinemore:

Some of the standout features of the toy dogs in this video are essentially meticulous grooming and elaborate styling.

Over the years, many Maltese owners have observed a few grooming and photographing styles of South Korean breeders and presenters. Also, the immediate lineage of any commercially bred dog can have some effect on one or two physical traits, even for a purebred.

How Many Types of Maltese Dogs Are There?

There is just one type of Maltese dog, the purebred descendants of the classified breed. Therefore, any hybrid toy dog presented as Korean Maltese is not the same purebred as the Maltese defined by the American Kennel Club and International Canine Federation.

Korean Maltese is more popular than Poodle and Pomeranian in South Korea.

The Maltese are more than twice as loved as Chihuahua, Shih Tzu, and Golden Retriever. Even the indigenous Korean Jindo Dog is owned by only 6% of pet lovers compared to Maltese’s 24%.

In the United States, the Maltese is the 39th most popular breed, irrespective of the groups like toy, terrier, sporting, working, and herding. Thus, some misperceptions prevail about the Maltese breed.

For instance, a few people may refer to the Maltese breed as Bichon Maltese.

Some sites claim the Maltese to be one of the different Bichon breeds. This kind of information may confuse dog lovers and further complicate the breed classification due to the many names, be it:

Bichon is not a scientific classification. The word is French for a small European dog with a loose silky coat. Besides, the Bichon Frise Club of America and the AKC keep Maltese out of the Bichon nomenclature.

Likewise, the Maltese or Korean Maltese is not the same breed as Maltipoo. Also, Maltese Shih Tzu is a hybrid. None of these are referred to as Korean Maltese.

A Korean Maltese will have a distinct pedigree subject to its lineage or the breeder’s choice of purebred ancestors. However, the ancestry should not have any interbreeding for the toy dog to be Maltese, whether it is called Korean, Italian, French, German, Australian, or American.

A few Maltese dogs may have some coat discoloration, subject to age, shading, exposure to sunlight, or staining.

A purebred Korean Maltese is the same toy dog breed as the Maltese defined by the American Kennel Club. However, a hybrid or crossbred Maltese is not the same, and it might not have the hypoallergenic and non-shedding attributes of a purebred American or Korean Maltese.

Can Dogs Be Traumatized After Grooming?
← Read Last Post 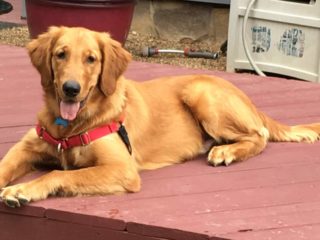 Is my Golden Retriever too Skinny? (How to tell & What to do)
Read Next Post →