What are Maltese Bred for: Their Superpowers Revealed

Maltese are beautiful creatures with long white flowing hair that seem to have such an air of sophistication about them. There are dozens of pictures of them sitting on fluffed up throne pillows, they seem like the perfect Royal Canine, but just what were they originally bred for? I was curious to know the full story behind this beautiful dog breed, and here’s what I found out.

Maltese are one of the most ancient small dog breeds and are thought to be bred or at least evolved into being lap dogs for the wealthy. The name Maltese comes from the islands of Malta in the Mediterranean where Maltese are thought to have their origins. Maltese evolved into a status symbol for aristocrats to flaunt as a sign of wealth and prestige.

But wait, I’ve got more details. It’s fascinating how this breed has evolved and what it’s actually bred for now in our modern society.

Earliest Known History of the Maltese

How far back does the Maltese dog breed go? Maltese is guessed to come from the most ancient of dog breeds that have been around for over 8,000 years. But really they go so far back that there’s quite a bit of debate around the exact timeline. Quite fitting for these sassy little pups.

Another touch to this exotic breed, their name suggests that they came from the Malta Islands in the Mediterranean. Malta which is smack dab in the middle of the Mediterranean Sea in ancient times was the most popular and busy port for wealthy merchants and travelers. They would come through trading silks, precious stones, spices, and other high-value commodities, one of those being the Maltese dogs themselves.

It’s thought that these little white dogs were brought there by the Phoenicians and used to barter or trade for food and money. As the dogs made their home on the Malta islands they were bred purely for companions and comforters, mostly favored by wealthy women, and rightfully so as they are great at that job!

Picture an upper-class well-dressed lady carrying a small white dog in the sleeve of her dress. That’s one big sleeve! Well, that’s what the Maltese were bred for, to “take air” and be held in the laps of luxury of their lady owners.

From there this high-class breed made its way into the hearts of the rich, famous, and royal of the European upper-class. Several queens throughout Europe were reported to have this small white companion as the royal lapdog for a good part of the 16th century. In true Maltese fashion, they were often spoiled. Some royal dogs had their own throne rooms and servants entirely dedicated to them.

During the dark ages, things got a little dicey for this breed. In the 17th and 18th century Maltese were mixed with so many other types of dog breeds that the unique characteristics of the Maltese came close to disappearing. Why were they mixing them with other breeds….. in the hopes of getting him as small as possible even down to the size of a squirrel.

Luckily for all us Maltese lovers it was the Chinese breeders who came to the rescue breeding a more refined Maltese and sending it back to Europe to progress in its development of a beautiful and luxurious breed.

Modern History of the Maltese

As the Maltese became popular in Europe there became stricter breeding standards. In the 1800’s Maltese’s were introduced in America and became very popular for their beautiful purebred white coat and their calm pleasant demeanor. Malteses are among the first dog breeds to be recognized by the American Kennel Club. The breed was introduced in 1877 as the Maltese Lion Dog. Now, this breed is well known and popular among the doggy world. It’s commonly bred with other purebreds to make popular designer breeds.

Some of those designer breeds mixed with Maltese include:

Names that Maltese have been know through history

What are Maltese Bred for Today

Maltese’s are bred to be cute and cuddly of course!

If you own a Maltese as I do then you know they are the perfect companion and lap dog, great at easeing anxiety and stress of their owners. I can say our family has had first-hand experience with this great quality in our Maltese mix breed. Research shows that dog owners (and particularly those that are bred to be lovable companions) deal better with stress and anxiety. I and several of my daughters have General Anxiety Disorder (GAD) and have had amazing improvements by just having our dog Bear in our home.

There is a small exception to this rule, although Maltese isn’t well suited for the same heavy lifting a larger service dog could do, they have the potential at being trained for smaller service dog tasks. Someone needing a small dog to open cabinets or retrieve things off the floor could find a great use for a well mannered well trained Maltese.

Maltese’s have also been selectively trained as medical alert dogs which can help their owners detect low blood sugar, or give someone a warning before they have a seizure.

These long-haired beauties bread in our modern society purely as show dogs or companion lapdogs, but beware if you’ve ever watched an AKC dog show and seen the beautiful flowing locks have a long-haired Maltese don’t be fooled that you can easily get that look yourself most owners keep their Maltese’s hair short in something called a puppy cut.

How Does Breeding Affect Your Maltese Today?

Now we have learned that Malteses main purpose is to look pretty and sit comfortably in our laps lets take a look at how their breeding can affect what kind of dog you might end up with.

A well bread Maltese according to AKC standards will have a slightly rounded skull, ears that are low set and hang by their faces, eyes that are not too far apart, with dark black round rims around them and are usually black or dark brown.

I would like to say this makes for the perfect puppy dog eyes!

Their tails are naturally long with a graceful curve. They have black skin on the tip of their noses as well as black paws.

The temperament and personality of a Maltese have a lot to do with the parents. A good bred Maltese will be affectionate, gentle, intelligent, trusting, lively, playful, generous, sweet-tempered, he will get along well with children and be a good family dog, highly alert and most likely barking to unfamiliar noises.

How to Tell if a Maltese is Purebred

You could look for an AKC registered breeder, most likely they would be purebred, but there’s still a chance they are not since papers can be falsified. The only way to be certain if your Maltese is purebred is to do a DNA test. Here is one that has great reviews but in the meantime, there are certain characteristics that you can look for in your Maltese that may give you a clue to whether or not it purebred, as well as the description above here, are additional things to look for.

Some Characteristics of a purebred Maltese:

Your Maltese may still be purebred even if all of these don’t apply. For a more detailed list on physical characteristics of a purebred Maltese check out this document that shows AKC Standards. Another thing you could do is ask for opinions and comparisons from other Maltese owners like those you might find in this Facebook Group. 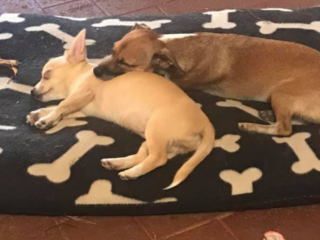 Does My Chihuahua Need a Friend: A Guide to Chi Pairs
← Read Last Post 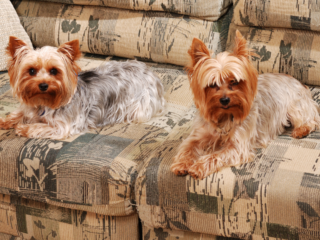 When Should You Get Your Yorkie a Friend? (A Guide to Yorkie Pairs)
Read Next Post →