Why Does My Bulldog Eat Everything? (Grass, Poop, Dirt, Sticks)

It can make you question why on earth are they doing it and is it going to cause problems with their health. Rest assured you are not alone in this worry.

Many other dog owners have this problem and concern as well. So why do they do it?

Your Bulldog is eating grass, poop, rocks, or dirt because it’s either bored, has a nutritional deficiency, has a behavioral issue like stress and anxiety, or because it’s a natural tendency for dogs to do. It could also be a combination of all these things.

In this article we’ll explore some of the most popular non-edible things that your Bulldog might want to feast on, we will discuss if they are dangerous to your dog, and what to do to encourage them to stop.

Why does my French or English Bulldog eat grass?

There are several reasons to consider why your Bulldog might be drawn to the green stuff. Here are a few things to consider.

However, there is still a small percentage that this could apply to. If your Bulldog is showing any other symptoms like lack of appetite for things they normally eat, diarrhea, vomiting, lethargy, or other signs that they are not themselves they could be eating grass because they are sick. Take them to your vet.

Should you be worried if your Bulldog eats grass?

Of the list of non-food items your dog is munching on grass is probably the least concerning. It’s a very common behavior for dogs and vets generally agree it’s also pretty harmless. If there are concerns it would be to make sure that your Bulldog isn’t munching on grass that has been treated with chemical fertilizer or weed spray that could potentially make your dog sick. If you think your dog has been eating treated grass it’s best to contact your vet.

Why Does My Bulldog Eat Sticks, Rocks, and Dirt?

Should you be worried if your Bulldog eats dirt, sticks, or rocks?

Yes, Sticks and Rocks are very much a problem and can become very dangerous if your Bulldog gets one stuck in their intestines causing a blockage. They could also cause your Bulldog to chip or lose its teeth. Some sticks or wood pieces can also be poisonous to dogs such as Buckeye, Chestnut, and Oak. Acorns as well contain chemicals that can be very dangerous to your dog and cause poisoning or be a choking hazard if swallowed or eaten.

Why Does My French or English Bulldog Eat Poop? (Is Cat Poop a Problem?)

The scientific term for the habit of poop-eating is Coprophagia.

Well for dogs it’s really not that repulsive, in fact it’s a fairly ordinary instinctive thing for them to do.

Should you be worried if your Bulldog eats poop?

Eating poop is usually not too concerning if it’s their own that they are treating themselves to. It becomes problematic for your pup when your Bulldog eats poop from another animal, like your cat!

Any other animal poop always has the potential to carry intestinal parasites or other illnesses. If your dog eats the poop he also eats the parasites and this makes it almost certain that your dog will get them as well.

If your dog is eating his own poop it doesn’t mean he’s safe for intestinal parasites. It’s less likely that he will get them if he’s a healthy dog otherwise. The poop that came out of your pup isn’t going to change much in your pup if it goes in again except for the gross factor.

If he is eating his own poop however that could be an indication that your Bulldog is not able to absorb the nutrients it needs from his food the first time he eats it and he’s eating it again to try and get the vitamins and nutrients that he missed out on. This may mean that your dog needs a higher quality food or needs a good probiotic to help him better absorb the nutrients.

If you suspect your pups poop eating is a habit, however, it’s always advisable to seek help from a vet and a trained behaviorist.

How Can I Stop My Bulldog From Eating Everything they Shouldn’t?

How Can I Stop My French or English Bulldog From Eating Too Fast?

One problem you may have if your Bulldog loves his grub is eating too quickly. If your Bulldog is taking less than 2 minutes to finish off his meals then it will be beneficial for you to help him slow down. Eating too quickly can cause their stomachs to bloat and make it difficult for them to digest and absorb the nutrients in their food.

Training will be the biggest help for you in teaching your dog what is and isn’t ok to eat and chew on.

Trying out a fun training program together like this widely popular program Brain Training for Dogs can help unlock your dog’s hidden potential and help them learn how to avoid problem behaviors.

It can take a lot of time and money to figure out why and how to get your Bulldog to stop eating everything in sight, but if you ignore it and it gets worse you may end up spending a lot more time and money in vet bills or in surgery and recovery to fix a problem that could have been dealt with early on. 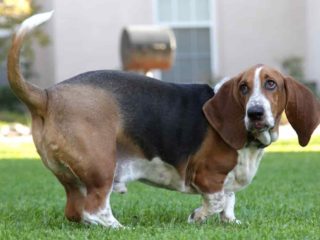 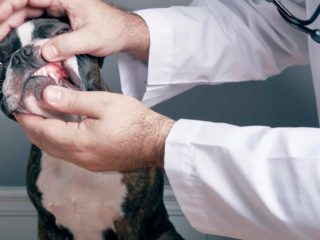