In theory, a Pitbull wolf hybrid could be possible if the mother were a wolf and the father the Pitbull. Currently, there is no known hybrid in existence although a few people have claimed to have such, there has never been a DNA test to back up that claim.

First off let’s discuss if it’s possible, then we’ll talk about if it would even be a good idea or not.

Scientifically dogs and wolves are very closely related sharing 98-99% of their DNA. Dogs are said to have evolved from wolves.

They have similar looks, life expectancies, and builds. They both desire to be part of a pack, but that seems to be where the similarities end.

Note: Ever wonder if there is a difference between dog teeth and wolf teeth? Check out this article to find out! Dog Vs. Wolf Teeth (What’s the Difference?)

An adult Pitbull weighs on average 30-60 lbs. An adult Wolf weighs 50-180 lbs. A Pitbull’s height is 18-21 inches and a wolf’s is 31-34 inches. Generally, females are on the smaller scale of the average weight and height.

This would seem to be one of the roadblocks to having a Pitbull wolf mix puppy. Because of the height and weight difference having a wolf father and Pitbull mother could make it challenging for them to conceive, but it could also endanger the mother’s life.

The Pitbull mother would likely not be able to carry any wolf litter to term. The sheer size difference would make it likely that the mother or her babies may not survive.

Having a wolf mother and a Pitbull father, however, is technically possible. The challenge to overcome this would again be the size.

With a smaller wolf mother and a male Pitbull, it would be possible for them to conceive a litter.

but there are many large female dogs that have become pregnant from small male dogs by laying on the floor and allowing the male to mount and attach that way.

Artificial insemination is also a possible way to produce offspring of a Pitbull wolf hybrid. There are no documented cases showing this has been done.

The biggest obstacle to producing this mix is the probable outcome of very unhealthy and possibly unviable offspring. Because wolves and Pitbulls are so different, not only size-wise but temperament and heath-wise mixing the two genetic pools would breed a very unpredictable puppy!

There have been many documented cases of dogs being mixed with wolves, but these are going to be the larger breed dogs that have more compatibility with wolves.

There was even a famous scientist that did an experiment breeding wolves and poodles together. You can read an article I wrote about that here: Poodle Wolf Mix, Is It Possible?

Even though at times Pitbulls will get a bad rap they are generally very gentle and loving with their human companions. They are easily trainable and if well socialize and trained do well with kids. They will attach to and love their family which can lead them to have somewhat of a protective nature.

In order to find a well-behaved Pitbull, it is important to find a good breeder that has temperament tested the sire and dame. When Pitbulls are bred to be aggressive for dogfighting or protection this can be damaging to their gentle natures.

Wolfs on the other hand are wild animals that are very unpredictable, untrainable or at the very least extremely difficult to train. They are protective of their pack.

Breeding a Wolf and a Pitbull to create a hybrid puppy will result in a very unpredictable temperament and outcome for the offspring.

In the United States, you will not be able to find pitbull wolf mix puppies for sale. It may be possible to find a low-content wolf dog mixed with Pitbull. This puppy will likely be mixed with other breeds as well.

A low content wolf dog mix is a dog that shows more dog traits than wolf traits. These are generally second-generation puppies with less than 30% wolf DNA.

There have been some documented cases of dogs being mixed with wolves, but these are going to be the larger breed dogs that have more compatibility with wolves.

If you find a pitbull wolf mix puppy the puppy will likely have some of these other breeds mixed with them as well.

Is Owning a Wolf Dog Safe?

Owning any dog mixed with a wolf can be very dangerous and should not be for the amateur dog owner. Wolf dogs have unpredictable behavior and are very difficult to socialize.

Wolfs by their very nature tend to test the limits of their pack leader. In the wild, the pack leader/Alpha dog is in charge. If you are the owner of a wolf-dog then presumably you are the pack leader to your wolf-dog, but they will periodically test you to see if they can take over as pack leader. This leads to aggression and possibly being bit or scratched.

Wolves are also genetically inclined to vie for position, so if you have other members in your household such as children it’s likely a wolfdog will be aggressive with them.

Some wolf dogs can be socialized, but it takes a lifetime commitment, and it really depends on the temperament of the dog if it will be successful or not.

Taking all of this into account, generally owning a wolfdog is not safe.

Is it Legal to Have a Pitbull Wolf Mix?

Laws in each state are different when it comes to owning a wolfdog. In all states of the US it is illegal to own a pure wolf. Wolfs are endangered and great care and respect needs to be taken to preserve them.

As far as a wolf-dog several in states it is also completely illegal to own a wolfdog. Some states may require a dangerous pet license in order to have a wolfdog. More and more states counties and cities are outlawing the practice of having a wolf dog.

For places that are illegal to own wolfdogs, the dog will be euthanized if discovered. This is tragic to not only the owners but the animal themselves. Always carefully do your research and consider the risks before agreeing to take on the responsibility of caring for and rearing a wolfdog.

Should A Pitbull Be Mixed with a Wolf?

No, it would not be ethically right to do so, nor would it be safe for the animals or the caretakers of the animals. A wolf and a Pitbull would likely never have a natural inclination to mate on their own so they should not be naturally forced to do so.

Some things should just be left to our imagination, and in my opinion, this is one of those things. Wolfs and dogs are amazing creatures and should be respected and cared for. This means leaving them to their natural instincts.

If you absolutely love wolves and you love Pitbulls and can’t imagine life without combing the two then consider a breed that might look similar to a Pitbull wolf hybrid, but that will likely come without the many challenges of finding and raising such a breed.

The best substitutes would be Pitbull mixes that look like they have wolve in them.

These 3 different crossbreeds are sure to be a wonderful and loving companions for life. 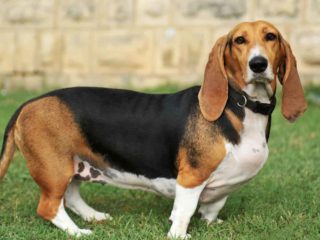 Is my Basset Hound too Skinny? (How to tell & What to do)
← Read Last Post 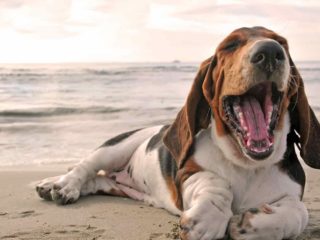 Why Does My Basset Hound Eat Everything (Grass, Poop, Sticks, Dirt)?
Read Next Post →