If you have ever owned a Chow Chow or a Dachshund you already know how special these breeds are! They are some of the most loyal, strong-willed, and clever breeds around, what would happen if these two breeds were mixed?

A lot of people have never heard of a Chow Chow Dachshund Mix (Chow Weenie) because it is not often that the breeds are mixed. While they are a rare mixed breed, there are still some out there. It is not always the best idea to mix these two breeds since they both have been known to show aggressive behavior.

If you are interested in this unique mixed breed, keep reading to find out more!

What is a Chow Weenie?

Not a lot of people have heard of the Chow Weenie because it is such a rare mixed breed. If you saw a Chow Weenie, would you know what breeds it is a mix of?

A Chow Weenie is a mix between a Chow Chow and a Dachshund breed; however, it is hard to know what a Chow Weenie will look like or what its behaviors will be until it is born, this all depends on the parent breed.

While Chow Weenies are a very unique and rare breed, like a lot of other mixed breeds, it is not always the best idea to mix these two dogs.

Both the Chow Chow and Dachshund breeds are known to be aggressive as well as have a variety of different health issues that are common for their individual breeds, this could be an issue when mixing the two and creating the Chow Weenie.

Are All Chow Weenies Aggressive?

Most dog owners’ biggest concern is whether or not their dog will grow up to be aggressive. Thankfully, there are important steps to take early in the dog’s life that can prevent it from becoming this way.

Unfortunately, both Chow Chows and Dachshunds are known to be aggressive breeds, this could cause an issue when mixing the two to get a Chow Weenie.

Chow Chows are known to be very unsocial and not very outgoing dogs; however, they are very loyal to their own families. They are also a very territorial breed; this is why they become aggressive quickly when an unfamiliar person or animal enters their space.

Dachshunds on the other hand show their aggression at specific times, especially if they are in pain, bored, anxious, or fearful.

Dachshunds are typically very friendly, social, and loving. If your Chow Weenie mix has more of a Dachshund personality, they will likely act this way too!

NOTE: Like most other dog breeds, it is important to socialize a Chow Weenie with both humans and other animals early on in life so that they will learn and hopefully be less aggressive as adults.

How Big is a Chow Dachshund?

When dog owners are thinking of getting a mixed breed, one of their biggest questions is oftentimes wondering how big their dog will be?

It is hard to tell how big a Chow Weenie will be because like a lot of other characteristics, it is based on the dog’s parent breeds.

Because these two breeds are so different in weight, height, length, and overall size, it is hard to know what specific size a Chow Chow Dachshund mix will be. A Chow Weenie could be bigger like a Chow Chow, or smaller like a Dachshund.

Mixed breeds are unique because they take physical characteristics from both parent breeds.

A Chow Weenie will typically look like a perfect mixture between a Chow Chow and a Dachshund; however, they may take on more of the characteristics from one side or the other.

A Chow Chow is known for its sturdy look, high-set tail, and large square head. They are also unique in that they will have a blue or black tongue! Their fur is oftentimes solid colored or can have patches of different colors such as copper, black, and white.

Dachshunds are known for their elongated body, including their head, as well as their almond-shaped eyes, high-set ears, turned-out feet, and a variety of colors including rust, black, light golden, white, etc.

Chow Weenies could take on any of these characteristics, but they are most likely to inherit whichever traits are strongest!

As dog owners, we always wonder if our pups are prone to any health issues. Unfortunately, most dogs are known to have some type of health problem that is common for their breed.

Chow Weenies can inherit health issues from either or both of their parent breeds. Some health issues are more common than others.

Both Chow Chows and Dachshunds have health problems that are common in their breeds, here are some of the most common problems:

NOTE: A Chow Weenie mix will be more likely to inherit health issues that are seen in both breeds such as eye and hip problems.

Even if your Chow Weenie develops a health problem, there are many medications, procedures, and at-home remedies that Vets can prescribe or suggest, that can result in your dog living longer! Thankfully, both Chow Chows and Dachshunds tend to have long lifespans!

Chow Chows are known to have a lifespan of around 9–15 years while Dachshunds typically span around 12–16 years. This means that a Chow Weenie will have a lifespan somewhere around these numbers too!

Like a lot of other dogs, Chow Weenies require a decent amount of exercise. This can also help with any current health issues or prevent them from getting health issues in the first place.

Chow Weenie’s typically require 60 minutes of exercise daily. This is based on the parent breeds which require 45–60 mins (Chow Chow) and 60 mins (Dachshund) of exercise.

Both of these breeds like to explore outside, this is why it is also important to get them up and moving throughout the day. Dachshunds especially, are known to get bored very easily. If they are not taken out often, they may become destructive out of boredom.

Although Dachshunds do enjoy exercise and being outside, it is important not to wear them out. Because of the strain on their little bodies, exercising too much can cause health issues, especially in the hips.

This is important to remember if your Chow Weenie takes on more physical characteristics of the Dachshund.

NOTE: The best exercise for a Chow Weenie is walking during the day, typically two 30-minute walks a day!

Exercise is also great for Chow Weenies seeing as both parent breeds are known to become obese. Exercising and receiving a proper diet is crucial in making sure your Chow Weenie stays at a healthy weight.

Caring for a Chow Dachshund Mix

Most dog owners want to make sure they are taking the best care of their dog(s) as possible. This is also important to consider when thinking about getting a dog, will they be too much to handle in your lifestyle, or just the right amount of responsibility?

Chow Weenies are usually easy to care for; however, there are certain aspects that they may inherit from their parent breeds that could make caring for them slightly more difficult.

Chow Chows are sometimes known to be high maintenance because of their shedding. While they aren’t hard to care for in a lot of other areas, the amount of fur needing to be cleaned up may be hard for someone who doesn’t have time to clean often or isn’t able.

Dachshunds are thankfully very easy to care for unless they have health issues. Like many other dogs, caring for a dog with health problems isn’t as easy. Some tasks become harder, especially when a dog is prone to disc and hip issues.

Thankfully, many things can be done to ensure your dog is comfortable and that you can care for it in the best way.

NOTE: One of the most important ways to care for your Chow Weenie is to upkeep its dental hygiene!

Like any dog breed, Chow Weenies require regular grooming; however, their grooming schedule isn’t as extreme as you might think.

Chow Chows typically require more grooming than Dachshunds. The amount of time and effort that will go into grooming your Chow Weenie depends on whether they develop the coat of a Chow Chow, or a Dachshund.

NOTE: Long-haired Dachshunds can still be single-coated, so depending on the breeding of the Chow Weenie, it is hard to know what type of fur they will have!

Typically, Dachshunds should be bathed once every three months and brushed at least once a week. If they are long-haired, grooming them daily is usually best.

Chow Chows require more bathing because of their amount of fur. You can bathe a Chow Chow every week, but no less than every six weeks. This keeps the fur healthy and prevents any skin irritants.

NOTE: It is not recommended to shave a Chow Chow because of its double-coat!

Since Chow Chows shed quite often and Dachshunds don’t (even if they are long-haired), this could mean that your Chow Weenie will shed a lot or won’t shed hardly at all!

Since Chow Chows and Dachshunds are known to be stubborn breeds, a lot of owners worry about how difficult it may be to train a Chow Weenie.

While Chow Chows and Dachshunds aren’t the best listeners, they do learn very quickly, this is why training a Chow Weenie consistently from a young age is very important!

The easiest way to train a Chow Weenie is to use methods of motivation and reward. This technique works great on most all breeds but especially on Chow Weenies because they are so stubborn.

Rewarding a Chow Weenie and showing them a good attitude during training only reinforces their good behavior and makes them more likely to continue that good behavior throughout their lives.

NOTE: Both Chow Chows and Dachshunds are not big fans of leashes and collars, so it is likely your Chow Weenie won’t be either; however, it is important to train them with these tools to ensure that they are comfortable with them later on in life.

How Much Does a Chow Weenie Cost?

A lot of dog owners are aware that most times mixed breeds cost less than pure-breds. This is true when it comes to the Chow Weenie as well; however, there are certain factors that make this unique breed just as expensive as some pure-breds.

A Chow Weenie will typically cost between $850–$6,000 depending on factors such as bloodline, fur type, length, color, health, demand, and many others!

Since Chow Weenies are such a rare mixed breed, they will likely cost more money than other, more common mixed breeds, such as the Labradoodle.

Read these next: Everything you need to know about Chow Chows & Dachshunds!

Dachshund and Dachshund Mix Lifespan (How Long do They Live?)

Shaving Your Chow Chow Is it Ever Ok? (Beat the Summer Heat) 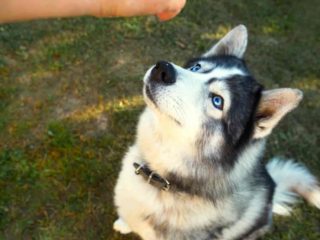 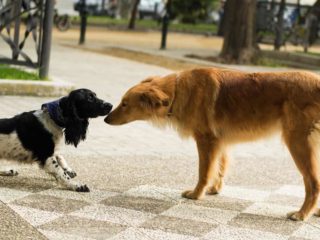 11 Reasons Your Dog Needs a Friend
Read Next Post →