Why Does My Golden Retriever Stare At Me? (What Does it Mean?)

Those beautiful midnight black eyes of a Golden Retriever have a way of piercing through to the depths of your soul. With their dashing good looks and charming personalities, Golden Retrievers can charm us into just about anything if we aren’t careful!

Do you have an idea of why your Golden Retriever stares at you?

Maybe he’s sharing his innermost thoughts, or maybe that stare is them begging you to share some of your lunch with them! Although it’s often the reason, it’s not always food, judgment, or secrets that he’s trying to stare you down for, but it does have something to do with it.

Golden Retrieves stare at you as a way of communicating with you. They will often stare at you looking for cues of what is going to come next. They stare when they want something from you, such as attention, or food, or even when they are just trying to show you admiration and affection.

So how do you tell what the different stares mean? Why is it sometimes feel creepy when your Golden Retriever stares at you so intently? ….And of all things, why on earth does he stare at you when he poops! Consider this article your one-stop shop for winning the Golden Retriever stare down!

Why Does Golden Retiever Stare at Me?

Your Golden Retiever is Trying to Read Your Cues

The biggest reason our dogs stare at us is because they’re trying to figure us out. Golden Retrievers were bred for their excellent abilities to aid hunters in retrieving their prey. They’ve been around a long time and have a long-standing tradition of being social with their pack and looking to their pack for guidance and direction. Even before becoming loving companions for us humans, their instinct was to look to their pack leader for information on what to do next.

Not much has changed except well…. of course…. who the pack leader is. In their eyes, you are the Alpha, even though you may feel as though your Golden Retriever calls all the shots. Their friendly and loyal personalities make them submissive and willing to look to you as their leader. They want you to tell them what their next move should be.

Because Golden Retrievers are so intelligent they often pick up on subtle things that other dogs might miss. They are good at understanding you and they can often feed off your emotions and know when something is off. They may be looking to you to figure out how to fix it.

Dogs are really smart, there’s a good reason they make such good companions for us, when your Golden Retriever stares at you he is drawn to look at your eyes because as this study shows they actually do really well at reading eye movements and facial expressions of their owners and can interpret your emotions, which will help them decide what may come next!

Your Golden Retriever is Communicating Love

Another reason your Golden Retriever is staring at you can simply be explained that he loves you!

Eye contact is a big thing to us humans, and dogs may be the only species that really understands that. A study shows that dogs and their owners alike both experience an increased release of oxytocin when we stare amorously into one another eyes. Dogs are the first and possibly only species besides humans that have been observed doing this.

This explains why our Golden Retrievers may just be our best friends. The release of this hormone will actually help you and your dog build a stronger bond and build more trust with each other.

Here are some other ways to tell that your Golden Retriever loves and trusts you.

So next time you are feeling stressed and need a pick me up, try having a staring contest with your sweet Golden Retriever and see if that helps you both feel a bit better.

Your Golden Retriever Wants Something

Learning how to read your dogs body language can go a long way in helping you bond with your dog as well as helping them to be better behaved.

Your Golden Retriever may be asking for you to let them outside to use the restroom, he may want you to play with him, or maybe he is dying for you to share some of your delicious chicken sandwich you are eating. Either way, pay attention to not only his eyes but his ears, tail, and how his body is positioned and you may soon discover how to understand your dog’s secret language.

Other Golden Retriever owners say that it’s usually attention and playtime that their dogs want. When they feel that familiar intense stare they start with trying to offer a toy, taking their dog for a walk, checking their food and water, offer them a bathroom break, after all of those things have been tried, then the stares probably just mean “I love you”, or maybe “I’m watching every move you make, don’t mess up.”

Sometimes if the stare isn’t enough to get your attention your dog will resort to other tactics like licking you, whining at you are barking for you to notice them.

Your Golden Retriever is Trained to Look at You

Dogs often recognize visual cues much easier and sooner than they can figure out what you want them to do purely by speaking the command. When our Golden Retriever is trained to look at us they are able to see our movements and interpret whether we want them to sit, stay, come, or something else.

This attentive stare may also explain why your Golden Retriever looks at you while he’s pooping. He’s not doing it to gross you out, but most likely when you trained him to go poop in his spot outside you gave him lots of praise, attention, and maybe even treats. He may continue to stare at you because he’s expecting more of the same.

Your Golden Retriever is Confused

Another sign of confusion in your Golden Retriever may be licking of the lips or a quick shake of his body. This could show that the confusion is causing a bit of stress in your dog.

Your Golden Retriever may be asking for more clear directions and understanding of the behavior you are looking for from him.

Unfortunately, as your Golden Retriever ages and becomes a senior, his confused stares could indicate something more serious such as cognitive dysfunction. If you have an older Golden Retriever and they are also forgetting basic commands, wandering aimlessly in circles, or having accidents in the house it’s time for a visit to your vet to see what can be done.

Your Golden Retriever is Confrontational

If your Golden Retriever has an icy hard stare accompanied by a low growl or baring of teeth, proceed with caution. Golden Retrievers are unlikely to show this behavior to their owners but will do this when feeling threatened.

Situations where your Golden Retriever might feel threatened can include:

Other signs that your Golden Retriever staring could lead to confrontation may include a rigid or stiff body, holding very still, tail tucked or not wagging, and ears laid back on his head. If this is your Golden Retriever or any other dog that you may be approaching break eye contact and back away. Give your Golden Retriever some space to calm down and evaluate why he may have reacted that way. You will also want to work on training him to not be aggressive in order to avoid potentially dangerous situations in the future.

If you need help in training your Golden Retriever to be less aggressive here is a good resource by wagwalking.com.

So next time your Golden Retriever is staring you down, and your first reaction is to think about how creepy it may be, or that he’s judging you and found you unworthy, think again. Most likely that intense stare means that your dog is your lifelong companion ready to please and protect you no matter what. 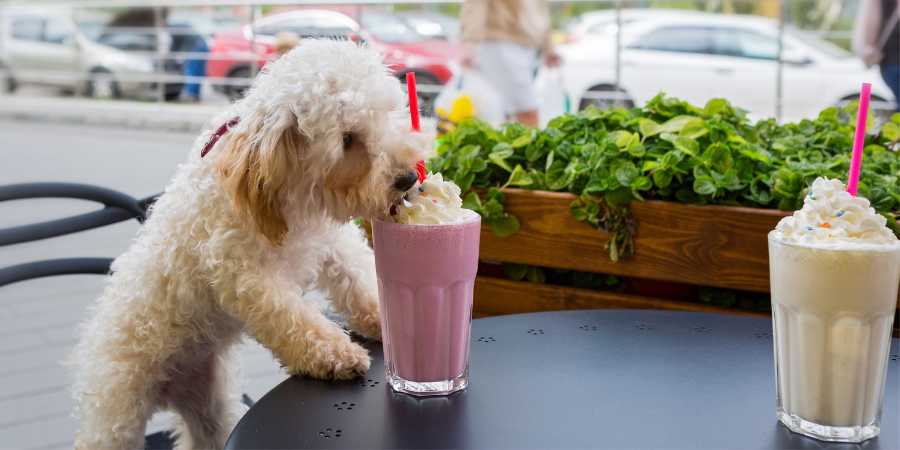 Why Does My Maltipoo Eat Everything (Grass, Poop, Sticks, Dirt)?
← Read Last Post 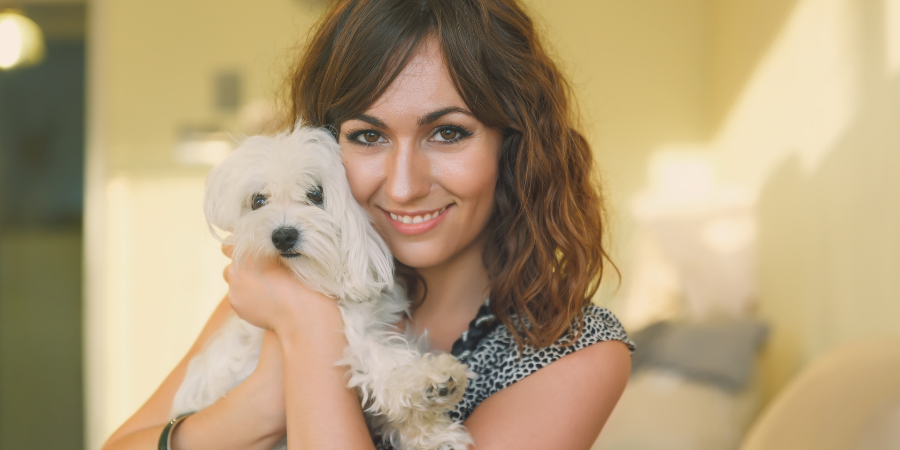