Shiba Inu Ears (What You Need To Know)

The Shiba Inu dog breed is known for its adorable ears that stand up straight; however, some Shiba Inu owners often wonder why their new puppy’s ears are floppy.

Your Shiba Inu’s ears may not be standing up straight because each Shiba Inu is different. Typically their ears will begin to stand on their own between 6–10 weeks. Although, if their ears have not stood after 12-15 weeks, there may be a chance that your Shiba Inu has a health problem or is perhaps not purebred.

Since puppies are born blind and deaf they must develop the most critical aspects of their bodies first. Missing cartilage or pinna (the flap of skin that is covered by fur and composed of muscles that are attached to the cartilage) is the cause of Shiba Inu puppies having floppy ears at birth. The cartilage in the ear increases significantly after development in areas such as sight and hearing.

Patience is key when waiting for your Shiba Inu’s ears to become straight. In most cases your dog’s ears will be completely fine; however, if it is taking a long time for their ears to stand up, having your dog examined by a vet is the best option to find out what is going on with their ears.

The general appearance of Shiba Inu’s ears includes a distinct triangle shape. The breed was originally used as hunting dogs, hence why their ears are an important feature.

Although Shiba Inu’s can all look different, purebred Shiba Inu’s ears will normally have this distinct appearance as their floppy puppy ears begin to stand up. Most Shiba Inu’s ears are distinctly colored, having lighter fur inside the ears and darker fur on the outside.

The term used to describe this unique fur coloring is called Urajiro, a cream to white color that is present on certain areas of every Shiba Inu including inside the ears, cheeks, under the jaw, inside of the legs, tummy, and upper throat.

Since Shiba’s ears can be slightly different in areas such as color or structure, even with the distinct appearances listed previously, their ears still play a critical role in the facial expressions that each Shiba Inu makes.

Each time a Shiba Inu’s ears tilt a certain direction, they are expressing themselves and their emotions, concerns, etc. This in turn makes their faces portray different expressions. This attribute is very unique and helps owners to decipher how their dog is feeling.

Although appearance is often noted, the feel of a Shiba Inu’s ears is interesting as well. Oftentimes their ears are thick not only because of their strong cartilage but because they are a double-coated dog breed.

A Shiba Inu’s coat is composed of 2 layers, one dense undercoat which is like an insulator, and their outer coat which acts as a cover against weather, dirt, or other aspects that would make your dog uncomfortable if it were to touch their skin.

A Shiba Inu’s distinctly cupped ears are thick with this double-coated fur, not only making them super cute, but able to stay warm in cold weather as well!

Reasons Why Your Shiba Inu’s Ears Aren’t Standing Up

There are multiple reasons why your Shiba Inu’s ears may not be standing up. Two of the most common reasons are ear infections and collagen deficiencies. When a Shiba Inu gets an ear infection oftentimes one or both ears become floppy; this is frequently accompanied by a bad odor, scratching, and redness. Collagen deficiency is a medical condition that can cause floppy ears solely because the ears are unable to stand on their own.

After talking with Shiba Inu Owners there are a large number of them who are concerned about their dogs’ ears not standing up; however, in a lot of cases the dogs were not purebred Shiba Inu. Not having straight ears is very common with mixed breeds however and should not be a huge concern.

Oftentimes Shiba Inu’s who do not receive the care they need have ears that may never lift. This is due to cases of malnutrition, illness, fungal infections, parasites, and many other causes.

A Shiba Inu breeder I talked with says that it takes longer for her girl puppy’s ears to pop up than the boys.

How To Straighten My Shiba Inu’s Ears Faster

There are many ways that Shiba Inu owners have tried to straighten their pups’ ears faster; however, talking with your vet is one of the best ways to find out what is right for your dog in particular.

Owner tricks and tips to help your Shiba’s ears stand up faster.

Other owners suggested an overall wholesome and nutritious diet that includes certain supplements. They found that their Shiba Inu’s ears stood up very fast after weeks on this specific diet.

It was specifically recommended to add glucosamine, a natural cartilage-building amino sugar to a Shiba Inu’s diet to build the cartilage strong enough to hold the ears straight.

Fun Tidbit: One owner used tampons to tape her dog’s ears up. She said she did it for about a week and a half and they started to stand up on their own. Her reasoning was it holds them upright while everything is growing.
Beware though that your dog might rebel and try to eat the tampon. That would not be a good thing!

Why Your Shiba Inu Eats Grass, Poop, and Other Weird Stuff?

Ear position can tell us a lot about how our dogs are feeling. Shiba Inus specifically have very unique communication signals that often involve the ears.

As a Shiba Inus’ ears gain more cartilage and begin to stand straight they will become very expressive. By being able to move their ears in certain ways they not only can pick up on certain sounds but are also able to inform their owners of what they are feeling.

Some common communication signals that Shiba Inus’ may use are:

Your Shiba Inu may indicate their emotions and feelings by placing their ears in multiple positions to show what they are feeling. Although, each Shiba Inu is different and you must learn what your own Shiba is communicating to you.

Some people assume that a dog’s ears being flattened down to the sides of their head indicates aggression or fear; however, when a Shiba Inu does this, they present the popularly named “airplane ears” which is a signal of their happiness, oftentimes accompanied by an adorable smile and squinted eyes caused by their unique facial structure.

Does your Shiba Inu like to cuddle with you? Find out what other owners say!

The closely related term to “airplane ears” is the other popularly named “Shiba 500,” where their ears will be held straight back and may indicate that they are preparing to run abruptly around the house or yard in circles of excitement.

How To Clean My Shiba Inu’s Ears

Shiba Inu’s are less likely than other breeds to obtain ear infections due to their perky ears that promote good airflow throughout the ear canal; however, there are still opportunities for issues such as ear mites and inflammatory problems.

You may be able to tell when your Shiba needs their ears cleaned. A healthy ear should be light pink with no smell and little wax if any. If you notice a strange color, a mild odor, or see that your dog is scratching its ears or shaking its head, it may be time to clean its ears. It is a good idea to ask your vet how often you should be cleaning your Shiba’s ears because each dog differs.

You may also want to check your Shiba’s ears often for:

Shiba Inu’s are prone to a skin allergy called “atopy,” where the ears are heavily affected. Symptoms typically start around 1–3 years old and can get worse every year. You may notice your Shiba licking their paws, rubbing their face, or developing ear infections more often. There are many treatment options available for atopy and it is normally easily treatable!

You may also notice your Shiba cannot hear as well as usual and is perhaps dizzy or nauseous. If you begin seeing any of these symptoms it is recommended for you to get your Shiba to the vet right away.

Some signs that your Shiba’s ear infection has been left too long include symptoms of: 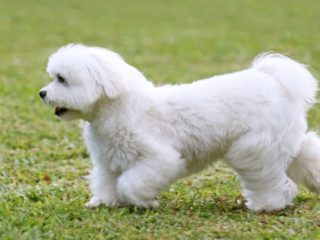 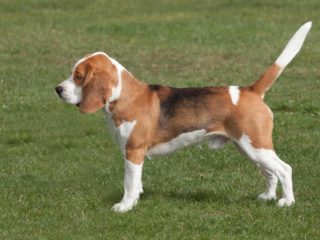