The Samoyed is a breed of dog known for its beautiful, fluffy white coat and friendly, playful personality.

In this article, we will take a closer look at the history of the Samoyed breed, exploring its origins, evolution, and the important role it has played throughout the centuries.

The Samoyed breed can be traced back to 1000 BCE, and over the centuries, it has remained largely unchanged regarding appearance and temperament. The breed takes its name from the Samoyede people, a nomadic tribe that lived in the tundra of northern Russia and Siberia near the Arctic Circle.

The Samoyed is an ancient breed with roots dating back to the nomadic Samoyede people of Siberia. They were a vital part of the Samoyed way of life, and the breed played an important role in the survival of these nomadic people.

These nomadic tribes relied on the Samoyed for a variety of tasks, including:

The Samoyed was not just a working dog but also a beloved family member. The breed was known for its intelligence, loyalty, and affectionate nature, and it played a crucial role in the social and cultural life of the Samoyede people.

Fun Fact: Samoyed dogs were often given names and treated with great respect, and they were an important source of companionship and comfort for the Samoyede people.

In the mid-1800s, European polar explorers discovered the Samoyed breed and began incorporating them into their expeditions to the Arctic and Antarctic.

Some of these explorers also brought Samoyed dogs back to Europe, particularly to England. In 1889, British zoologist Ernest Kilburn-Scott spent several months living with the Samoyede people and brought a male puppy back with him to England.

He later imported more Samoyed dogs and is credited with giving the breed its name. The Samoyed quickly gained popularity among the British aristocracy and eventually spread to other parts of the world. The first breed standard for the Samoyed was written in England in 1909.

The Samoyed was not officially recognized as a breed by the American Kennel Club (AKC) until 1906, when it was first entered into the AKC stud book. However, this does not necessarily reflect the start of the breed, as the breed has a long and ancient history that predates its recognition by the AKC.

Quick Fact: In the late 19th century, when the Samoyed was introduced to Europe and quickly gained popularity as a show dog and family pet.

Despite its popularity as a show dog and family pet, the Samoyed has not lost its working dog roots. The breed is still used for herding, sledding, and other working tasks in some parts of the world, and it is known for its intelligence, versatility, and endurance.

Fun Fact: On top of these amazing tasks, Samoyeds have become even more versatile expanding its working resume to these tasks:

Today, the Samoyed is a beloved breed known for its friendly, playful personality and beautiful, fluffy coat. With its long and fascinating history, the Samoyed is a unique and special breed that will bring joy and companionship to any family.

Learn More about the Samoyed Breed

Check out our fantastic Samoyed Dog Breed Guide with Quick Links and Information!

Whether you are a seasoned dog owner or a first-time pet parent, or if you are just curious about this breed, we encourage you to read our article and discover why Samoyed dogs are such special and beloved companions. 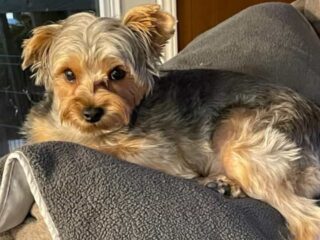 5 Surprising Reasons Your Yorkies May be Larger than the Breed Standard!
← Read Last Post 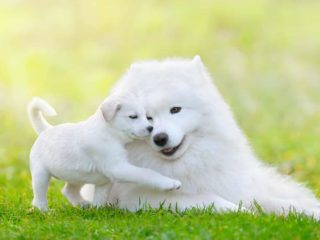