How Smart are Chihuahuas (Not as Stupid as People Think!)

Have you ever wondered whether or not your Chihuahua is considered smart or dumb? Many Chi owners will ask this question but aren’t sure of the answer.

The truth is, Chihuahuas are one of the lower-ranking dog breeds for IQ, meaning that they are not as smart as other breeds. But, where they lack IQ, they make up for it by being great companions and possessing many other great qualities!

Chihuahuas are very interesting pups and have behaviors and personalities that some other dog breeds don’t possess! They are unique in their own way and each Chihuahua can be different and have its own special personality, making them one of the best choices for any person looking to get a pup!

Are Chihuahuas Smart or Dumb?

Some people assume that because Chihuahuas are tiny pups that they are much dumber than other breeds. Anyone who owns a Chihuahua can tell you that this is not the case!

While Chihuahuas sometimes aren’t the smartest overall, they make up for it with their outstanding loyalty, friendliness, and instinct. They are also not very high maintenance!

According to many pet behaviorists, Chihuahuas aren’t that dumb, they just have different interests, behaviors, etc. than other dog breeds have.

HINT: They love running and playing on grass and taking walks!

The fact that Chihuahuas are so expressive, quirky, and entertaining, show that they do have a lot of smarts! While they are a little less smart in other areas, their ability to possess these qualities makes up for what is lacking!

TIP: Spending time with a new Chihuahua pup and introducing them to new people and activities is a great way to see how their personalities and behaviors will develop over time!

Each Chihuahua is different, some may be more intelligent than others. A lot of their intelligence often comes from how they are raised throughout their lives.

While Chihuahuas are considered intelligent, they are below average when it comes to their smarts! There are different types of intelligence including adaptive and instinctive intelligence.

Adaptive intelligence and instinctive intelligence are aspects that Chihuahuas are very good at! They can learn from their mistakes and avoid repeating them. They are great problem solvers and can normally figure their way out of tricky situations.

TIP: Training and socializing your Chi can be a very important factor in your Chihuahua’s intellectual growth.

Instincts are one of the greatest traits that Chihuahuas possess! They show off their smartness when their instincts kick in. They are known for hiding their food, treats, and toys out of instinct! While they do hide these items on purpose, they sometimes forget to go back and get them, showing a little bit of that unintelligent side!

They are also great with humans. Their ability to sense emotions coming from their owner and other people is very impressive. They have a lot of common sense and are great at being understanding! A Chihuahua’s instinctive intelligence is even higher than some other breeds, this is what makes Chihuahuas so great!

Are Chihuahua’s Smarter Than Other Dogs?

When considering whether or not to get a Chihuahua, some dog owners are curious whether their pup is smarter than other dog breeds, especially if they are bringing the Chi into a house where other breeds are present.

Chihuahuas rank an IQ at 125 out of 138 dog breeds, meaning they are smarter than some other breeds but not a lot of them. Chihuahuas have fairly good intelligence; although, they are a little harder to train because it may take more repetition of commands than with other dog breeds.

Although it is sometimes harder to train a Chihuahua because of the amount of repetition, once they are fully trained, they are some of the best pups to have around!

Chihuahuas are also very adaptable pups, meaning that they can easily handle any changes within their environment, this makes up for their lack of learning and other aspects quickly.

NOTE: Adaptability is one of the best traits of a Chihuahua and shows how aware they are (adding to their smartness!), some other breeds are known to be very unadaptable to new environments.

While Chi’s are very adaptable, they are also sometimes hesitant when first meeting strangers. Their instinct to be hesitant around new people shows that they are smart enough to test out new areas before being so trusting!

TIP: Introduce your Chi to socializing early so that they become used to meeting new people and aren’t hesitant about it in the future!

Do Chihuahuas Have Small or Big Brains?

Chihuahuas are oftentimes assumed to have big brains solely based on the appearance of their large heads in comparison to their tiny bodies. Many people think that because their Chi’s head appears bigger, it holds a bigger brain and that will mean their pup will be smarter. Unfortunately, this is not true.

The truth is all dogs have brains that are around the same size. Chihuahuas are only considered to have the “biggest brains” because of their brain-to-body ratio!

Chihuahua brains are about the size of a tangerine and weigh about 70–80 grams. It is then easy to see why their heads are so large!

Just because some Chihuahuas aren’t that smart in some situations, doesn’t mean they aren’t clever enough to find their way.

Like many other dogs, Chihuahuas respond well to reward-based training. If they know they will receive a treat for good behavior, they will continue to behave. This shows how clever they really are!

Chihuahuas are also known for being stubborn, this is also a big reason why they are sometimes hard to train. The way a Chihuahua pup is trained can make the difference in whether they are successful in learning quickly or not; sometimes this has nothing to do with whether they are smart or not, but what their relationship with their owner/trainer is like.

Tip: Starting training early is a great way to ensure that your Chihuahua has good behavior and gains intelligence!

If you want to learn more about Chihuahua behavior and their unique brains, read these articles next!

Why Do Chihuahua’s Hide their Food, and Bury their Treats? 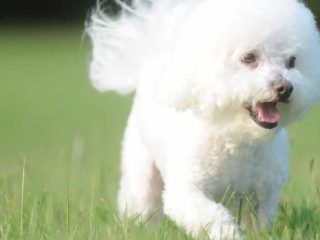 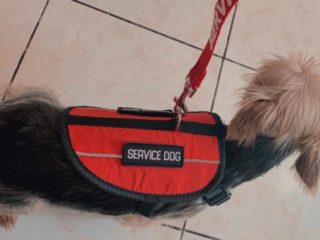 Can A Yorkie Be A Service Dog? (How to Register Them)
Read Next Post →